The Past, Present, and Future of Chess

Many of you would be surprised to know that the origin of our beautiful game called chess dates back to around fifteen hundred years. The earliest form of the game was known as Chaturanga, and had its origin in India during the Gupta dynasty. In the years to come, chess gradually made its way to Persia and changed its name to Chatrang, and eventually Shatranj. Chess started gaining popularity in the Muslim world after Persia was conquered by the Arabs. This, subsequently, resulted in the arrival of chess in the Southern Europe.

Chess had to undergo several changes and even sanctions or complete prohibitions by the Christian Church until the end of the fifteenth century. The development of the game into its modern form took place around the 1880s and this period is referred to as the romantic era of chess. The first ever world championship of chess was held in 1886. The twentieth century propelled the chess theory to new heights, leading to the creation of the World Chess Federation (FIDE).

In the twenty-first century, the advent of modern technology had a telling impact on all facets of the human life. The first generation of programmed chess games were released in the 1970s. Later on, the mid-1990s saw the emergence of online chess gaming.

At present, we live in an era where digital revolution has caused several key changes to the way chess was played a few decades ago. This includes

One of the landmark events in modern-day chess came in 1997 when the reigning world champion Garry Kasparov was beaten by a computer program named Deep Blue. Since then, many such programs have been created, challenging the human superiority in chess. Very recently, Google researchers revealed that their latest AI evolution AlphaZero is capable of mastering all the chess knowledge in just four hours.

There is no denying the fact that technology has done wonderful things for the game of chess. However, sometimes, it scares me to think that we are headed to a stage where chess may have no room for human creativity. 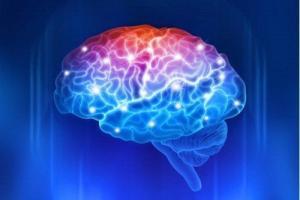 Luckily, it does appear that even the groundbreaking technological developments will not be able to rob the quintessential appeal of two people playing a game of chess sitting over a board. Therefore, regardless of a strong influence of technology, human chess will still remain very much alive and continue to grow in popularity in the days to come. Contatact Us to book your place

The Youngest Grandmaster In The World